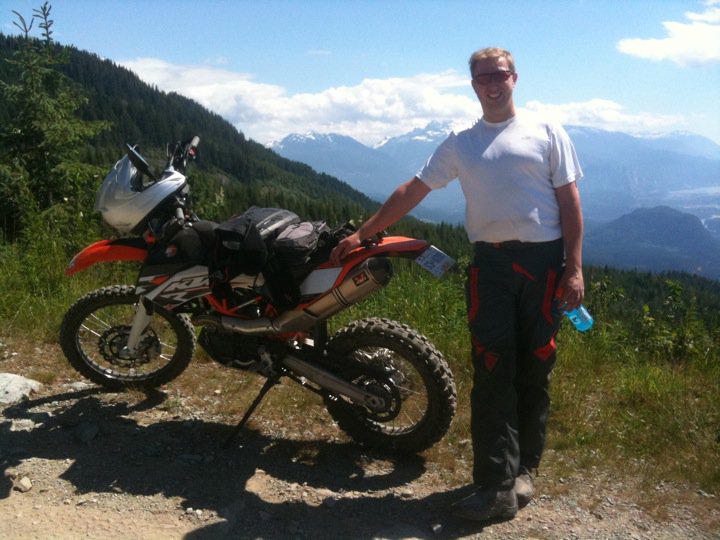 After a few projects hefting “pig tralies” to the Arctic, across BC, and the length and breadth of the Baja I have seen the light.  Smaller, lighter and harder is better, especially as our adventure destinations take us further afield.  In reality though small adventure bikes aren’t common in the size-queen driven “bigger is better” North American market. So we’re going to build one… the KTM “Hard Adventure” 690 Enduro R.

You see, this weekend I went from thinking about the KTM 690 Enduro R as a bike option, to replace my aging 640 Adventure, to owning one. It was a gracious unfolding of events that I’ve never had with a vehicle purchase before. It was an absolute pleasure, and so is the new bike. For one, I am please to report that unlike the unbalanced motor of the 640, the 690 is nothing like riding a paint shaker. That and concerns around reliability on long trips were my major reason for the upgrade.

After taking my new 690 Enduro R on some local trails that included a chicken-wire and cable mesh bridge over a landslide, a couple hill climbs over baby’s head and bigger size boulders and general slewing around in the gravel, I’ve conclude that I’ve found the bike for me… with the proviso of a few minor upgrades.

What I don’t want is to transform the 690 into something heavy and bogged down with a load of accessories, which has lead to the idea of a “Hard Adventure” bike. Only the accessories that are truly needed; better range, just enough luggage, a better seat, auxiliary lights and a little bit of wind protection (maybe). Used, my 690 Enduro R came with the rest; bashplate, rad guards, fold-in mirrors, G2 Throttle cam, wing titanium exhaust with FI remapping, European under-tail kit… the list is extensive.

So here’s to light fast adventure, on a bike that completely outclasses my dirt prowess, but I love anyways.