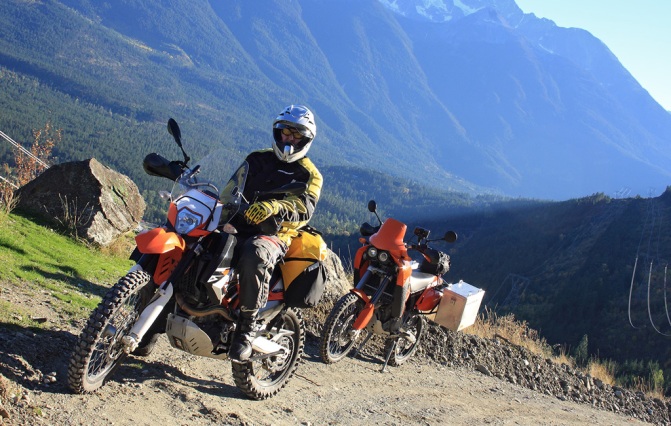 The Highline Road out of Pemberton 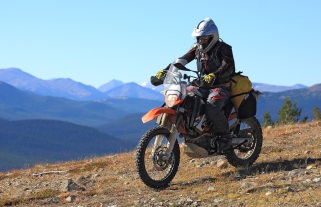 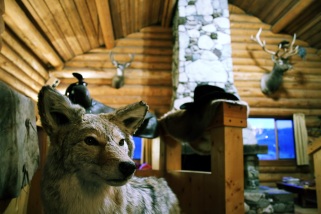 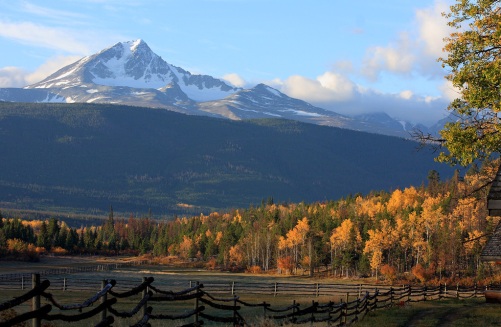 The view from our Cabin Porch at Elkin Creek Guest Ranch 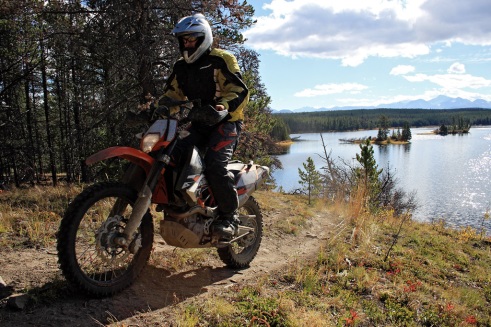 On the Shores of Fish Lake 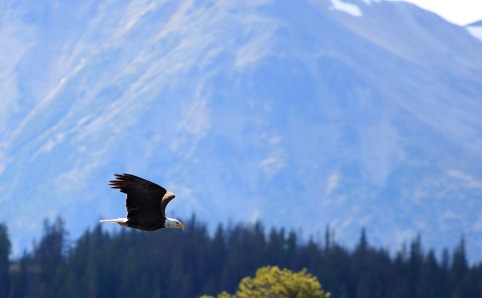 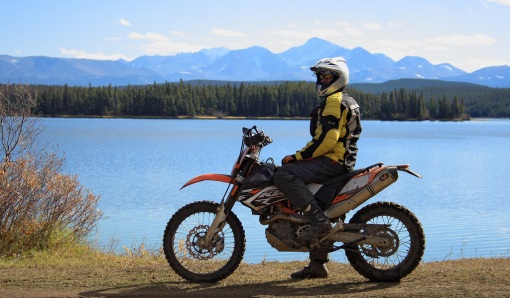 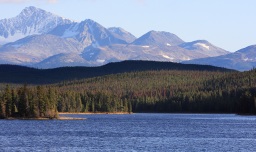 Another Shot of Fish Lake up for Destruction by Taseko 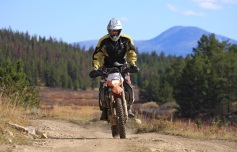 The Road out of Fish Lake 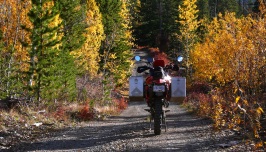 A Final Shot of the Road Out 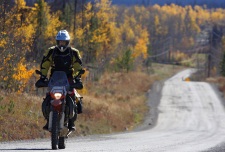 Fast unpaved Roads Cutting across the Cariboo-Chilcotin
Photos: Kevin Miklossy
A Chilcotin lake poised to be destroyed by a mine, that is ironically called Prosperity, that intends to fill it with rock waste and use as a tailings pond. An “easy” dirt road ride across British Columbia gone wrong, due to thousands of downed trees. These are the makings of “Last Trip to a Lost Lake” our recent article in the March issue of Cycle Canada (on stands now). Of course, there’s a story behind the story.

Choosing photo’s that match a feature is always a challenge, and we generally short list a few dozen from hundreds of shots. In our opinion some of Kevin Miklossy’s most evocative photographs submitted with the piece were passed over – especially Fish Lake, or Teztan Biny as it’s know to the Chilcotin Tsilhqot’in nation, in full splendor and one of its residents. From a motorcycle magazine’s perspective I can see why, these shots setting the stage but were near bike free. More importantly, I’d like to rectify Kevin’s missing photo credit.

Working with Cycle Canada also gave me insight into the difficulty of writing a current affairs piece for a print magazine. I’m used to writing long form for the web where publication and errata is near instant, versus the print where the latency between an article’s inception and publication can be months. In the time between the first draft of “Last Trip to a Lost Lake” and publication, nearly every federal and provincial politician mentioned in the article had changed rank or employment status so the story became increasingly future-proofed over five drafts. Unfortunately in that process some of the stories political teeth were lost, but regardless of leadership the BC Liberal Government and Taseko Mines are still accountable for their actions on the whole.

In the context of a Cycle Canada article I agree with editor Neil Graham’s request to increase the ratio of adventure to politics. The first four drafts of the piece would have been far more suitable to the pages of the Walrus or Atlantic, than a motorcycle magazine. In the original drafts though, the our experiences riding to Teztan Biny paralleled the potential environmental, resource management and human issues that would be introduced by the Prosperity mine. Unfortunately, in the name of brevity for the print versions, elements of this literary device were lost.

Often motorcycle writing falls into the trap of picking a destination, and struggling to attain it, without providing deeper social commentary. Core to the writing of this story, is my belief that motorcycle journalism can follow in the footsteps of A. A. Gills outstanding travel pieces or Mark Jenkins’ adventure writing and have a deeper goal. The story of Taseko’s purposed destruction of Fish Lake is an important one that deserves as much analysis and exposure as we can bring to it. My tool for exploring the area, simply happens to be a motorcycle, but take your choice of vehicle, because as polarizing as the topic is in the Cariboo-Chilcotin, few residents of the area have taken the time to see what the purposed mine will destroy before taking sides.

To the end of bringing additional light to the topic of Fish Lake/Teztan Biny and Prosperity mine, we will be releasing a long form, unabridged Kindle Single version of the story. This will be a media experiment of sorts readable on Kindle; via the free Kindle App on iPhone, iPod Touch, iPad and Android; and on Windows and OSX platforms with the free reader software installed (details here).

Watch this space for the release of our “Last Chance to Ride: Fish Lake/Teztan Biny” Kindle Single and PDF download in the coming months.