Stopping to take video of our group’s bikes as they ascend off of Diablo dam and into the Cascades along Highway 20, I’ve fallen behind. Mainly it seems because I miscounted the bikes and ended up waiting for a rider who didn’t exist. That’s okay, because our long-term loaner Ducati GT1000 is happily charging through the sweepers at an unswerving 160kph.
By the time I catch up with the other 9 riders they are in the midst of a summer’s snowball fight. The roads are recently cleared, one look at the gravel and debris in several of the hairpins tells you that, as do the remaining drifts.

As a group we’re a clutch of VFRs, two 600cc sportbikes, and one ’85 Magna on what some of the rider’s here have dubbed an “Epic Journey”. To say the least the GT1000 with its classic 70s looks seems incongruous. Even now though, at the start of this trip a few other riders are eyeing the plush seat and upright seating position.

Better is that with the luxury of a support vehicle I’ve not had to equip the GT1000 with luggage, so the only accessory differentiating the bike from stock is a Ducati Performance windscreen. Despite the extra protection I’m finding the day’s high speeds, likely a byproduct of high spirits, wearing on the GT. On my own I find myself drinking in the Cascades beauty at 120kph with a chaser of retro-romance. 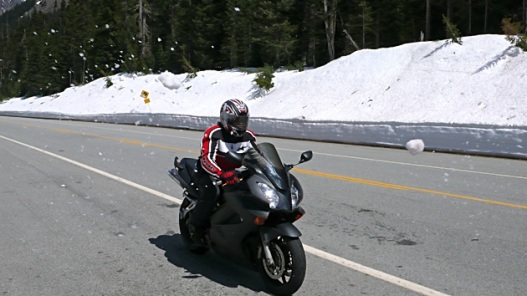 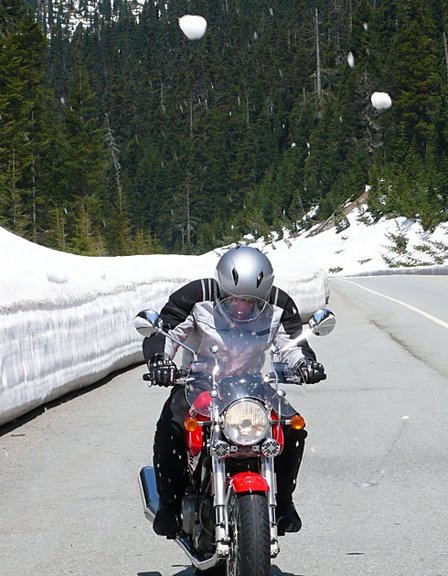 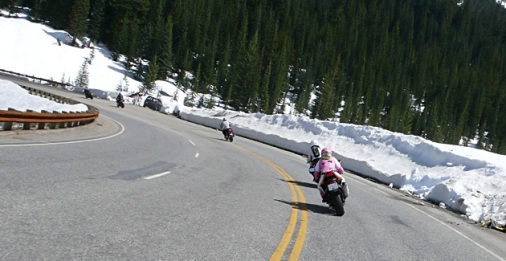 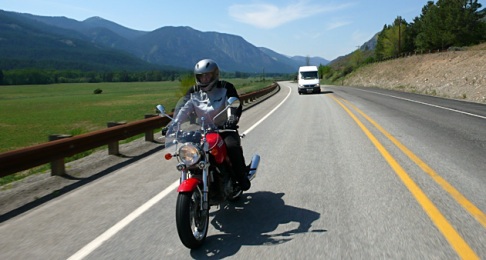